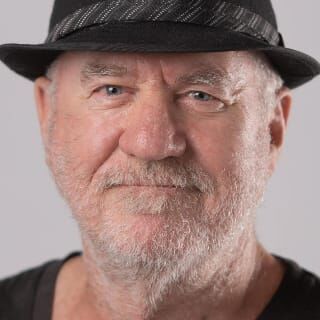 My name is Lynn Smith. I hold two Masters degrees: Master of Documentary Photography (by coursework) and Master of Fine Arts (by research). My preoccupation over the past two decades has been making images on the streets of big cities. I do some day shooting but have to say I prefer night photography, partly because of the moody situations you can stumble upon. And also because the shopkeepers/restaurant managers/office security personnel who sometimes insist on knowing why you’re photographing their premises (unless it is a government building I don’t have to give reasons as I’m in a public place) have mostly finished work and gone home for the day.

I shoot in Sydney and Melbourne mainly. But also in the Illawarra and Newcastle regions of NSW. I travel overseas when I can: have made images in London, Paris, Berlin, and Jakarta.

For me the city is an infinite source of joy. I don’t go out with an agenda thinking I’ll shoot this subject or that. I just wander the streets and laneways aimlessly… allowing the paradoxes which abound to seduce me.

If the look of an object (or group of objects) moves me I don’t try and figure out what it/they mean. It is enough just to be alive with a camera in my hands.

The city’s objects are used by all of us and they’re designed, paid for, built, modified, damaged, destroyed and rebuilt by people. They’re mirrors which reflect who we are. As members of society. Not directly like a conventional mirror does, but indirectly: as if refracted through a prism.

Postgrad degrees from the University of Sydney’s arts faculty, Sydney College of the Arts (SCA)

One of Australia’s most experienced tutors of short courses in street photography.

For 25 years I worked as a copywriter and creative director in advertising, mostly with multinational advertising agencies. These included MojoMDA (Melbourne, Sydney and Singapore), Dentsu (Jakarta), Young & Rubicam (Sydney, Auckland, and New York) and J Walter Thomson (Melbourne). Was fortunate to win many national and a number of major international awards.

Exhibitions as an artist